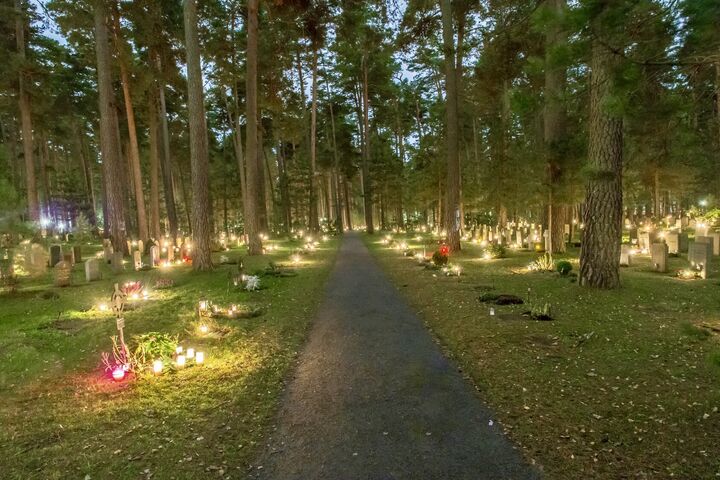 ”World Heritage Sites are special areas that must maintain outstanding universal value and peg at least one out of ten criteria selected by The World Heritage Committee.”

In southern Stockholm you find this 1917 cemetery. The special thing about Skogskyrkogården is that it has been adapted to its surroundings. The graves are scattered among the trees in the forest and the natural shape of the landscape has been preserved. A several meters high stone wall surrounds the cemetery. The wall extends about as far down into the ground as it rise above it. This was a necessity in order for it to not sink into the ground, weighed down by its own weight.

This is where the Swedish royal family lives, just outside Stockholm. The castle was built in the 16th century and has a big garden inspired by Versailles in France. It also has a Chinese pavilion and a maze.

Engelsberg is an ironwork with buildings dating back to the 12th century. In the 18th century it was one if the most modern iron works in the world.

Birka once was an important merchant town on Björkö island in lake Mälaren. The site has been excavated by archaeologists for years and is now accessible by boat from Stockholm during summer.

This used to be one of the worlds largest copper mines and was in use from early viking age, up until the 20th century.

Read more about these world heritage sites, and how to get there, on The Locals website.

I really wanted to visit the Skogskyrkogården forest cemetery during my time in Stockholm. However, it started getting colder and I missed my chance, have you ever been Niklas?

Yes, I have been there a couple of times. I know the stonemason who built their water burial site, for people who wish to have their ashes spread in water and going into the soil (I think). Naturally, I had to take a look.

Wow that is enchanting!