Swedish places outside of Sweden 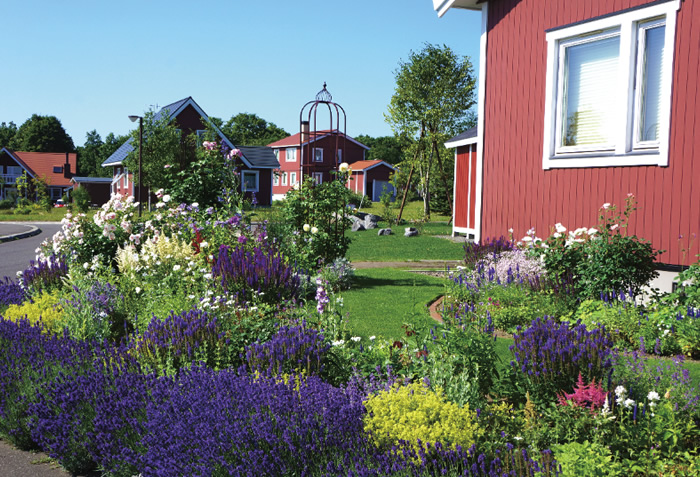 There are quite a few places outside of Sweden that is built with Sweden as a model. Most of them were built by emigrated Swedes.

Sweden Hills, on the island Hokkaido in Japan, is one of the Swedish places outside of Sweden. Any Swede looking at photos from Sweden Hills would mistake it for somewhere in Sweden. The houses were built in Sweden by a Japanese company.

Kingsburg in California, USA, was settled by a Swede in 1886. It has Swedish architecture, Dala horses, and an annual Swedish festival.

Thorsby in Alabama was settled by Scandinavians in 1865 has an annual Swedish Fest. Plenty of the buildings of the town has Swedish architecture.

Lindsborg is called “little Sweden” and was settled by Swedes coming from Värmland in 1869.

Swede Daniel Lindström settled the town Lindström in Minnesota, known for its many Swedish descendants.

Maine has a town named New Sweden. They celebrate midsummer as well as Lucia. They also have a church that resembles many Swedish churches.

Mora of Minnesota has a 25-foot Swedish Dala horse and also is where the local “Vasaloppet copy” skiing competition is held. The town was named after Mora in Sweden in the 1870s.

Swedesboro in New Jersey was settled in the 1600s.

There are many more places with Swedish roots outside Sweden. Do you know of any?