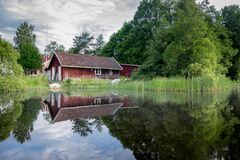 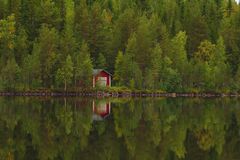 One of my favorite things about Sweden are the little summer stuga's that you see all over. I would really like to see some pictures of your favorite cute summer stuga(s)!

Photo by Jon Flobrant on Unsplash

Photo by Steinar Engeland on Unsplash

Photo by Sebastian Sandqvist on Unsplash

Summer cottages are nice, for sure, specially those old school once.🙂

The Sims Designer Of

Ours is more a summer house than a stuga, and not so cute, but we like it. :-)

Start your own community!

Get started in minutes. For free of course!

We bought our sommerhouse more than 30 years ago.

It was originally built in the 19thieth century (18** something) and moved to this place in the 30ies.
I had my shop in it for many years.

I love the architecture in Sweden! Both of those houses, I think, are much prettier than what you'd find in the UK!

#2 I really like your house! Very Swedish. I have always loved Swedish homes!

Thank you. It is so convenient to have both on the same ground.

6: Have you heard the story behind why many Swedish and Nordic houses are painted red?

How the mine was discovered.

Wow! The mine was in business for a thousand years! That is incredible. I love hearing this story. I did not know that is why so many houses are painted in the same color of red.

#5 I absolutely LOVE tudor homes and victorian homes as well. Including gothic mansions…and to live in the summer near the sea or ocian, i like small cottages and bungalos…

The Sims Designer Of